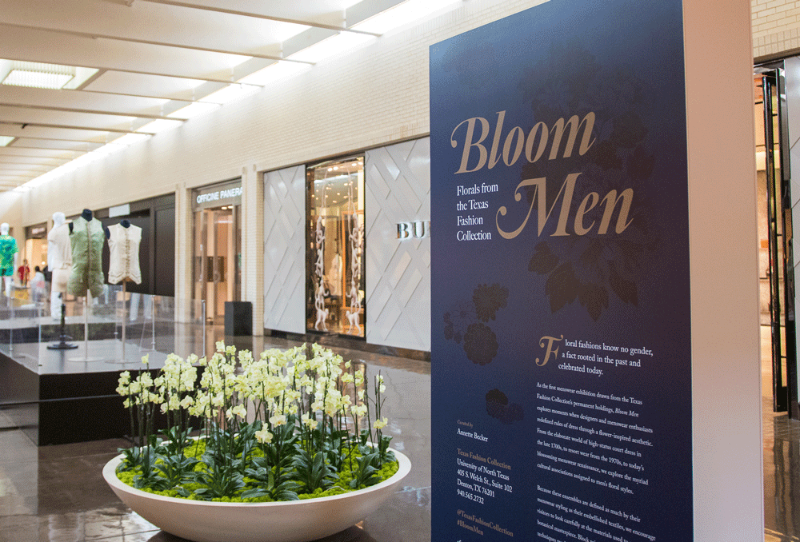 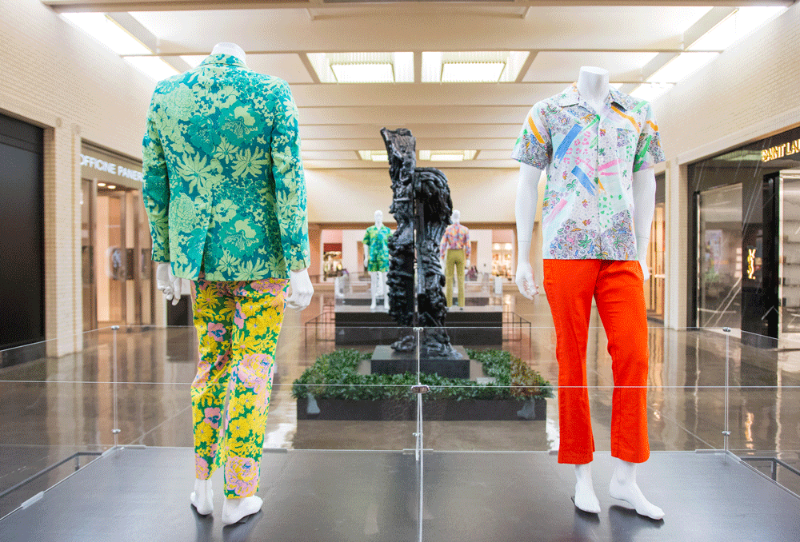 Menswear doesn’t get nearly as much attention as women’s in fashion exhibitions, which makes Bloom Men all the more remarkable. On view between Neiman Marcus and SouthCourt through May 17, Bloom Men is an educational review of floral motifs in men’s togs.

“Most people connect florals with women’s clothing, but historically that hasn’t really been the case,” says curator Annette Becker.

Becker culled most of the apparel from the Texas Fashion Collection, which she directs at the University of North Texas. 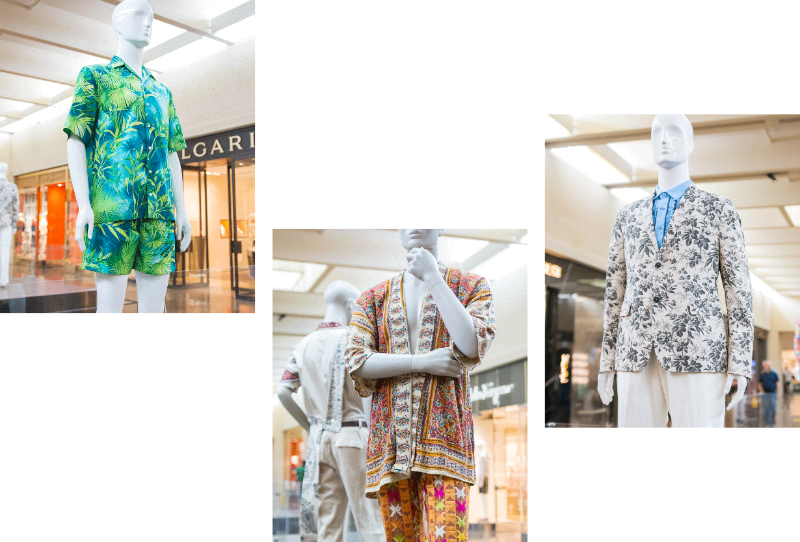 “Men’s fashion matters and can be very dynamic, and florals can belong to anyone,” she points out. “I hope we can expand the way we think about fashion and who’s allowed to wear what.”

Raf Simons for Calvin Klein, Yohji Yamamoto, and Alessandro Michele for Gucci are among the designers represented on 13 mannequins dressed in styles from the 1960s through today. In addition, there are three antique embroidered vests dating from 1755 to 1850.

Becker would have liked to show some of Texas Fashion Collection’s fabulous royal court coats of a similar vintage, but they are too fragile for display in natural light.

“Men have almost always been the more flamboyant dressers since they were representing themselves and their families in public spaces,” she explains.

Men often held the high-status positions, especially in Europe, and dress was a key way for them to communicate their status.

“It was less about self expression and more about wearing your status literally on your sleeve,” Becker says. 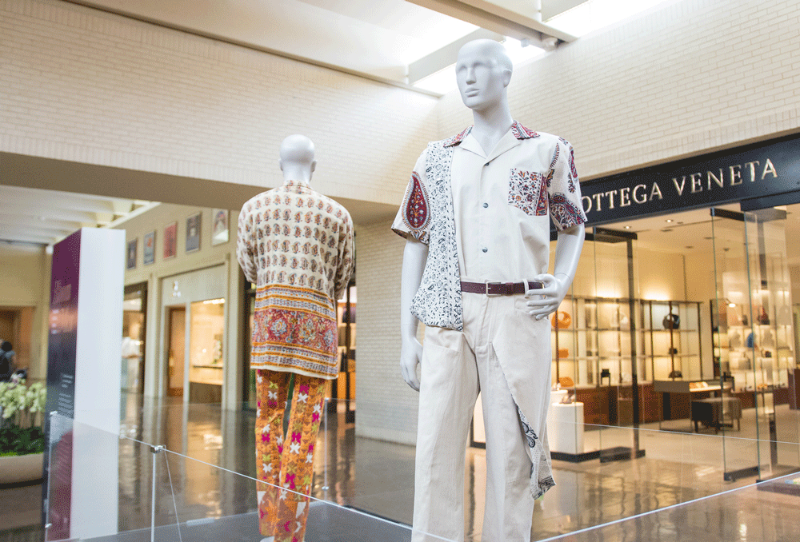 Twentieth century looks in Bloom Men explore the psychedelic 60s, the Hawaiian shirt, and the evolution of tropical prints from resort wear to widespread symbols of lighthearted perspective. A bright Lilly Pulitzer two-button jacket and contrasting pants from the 1970s could easily be worn today. 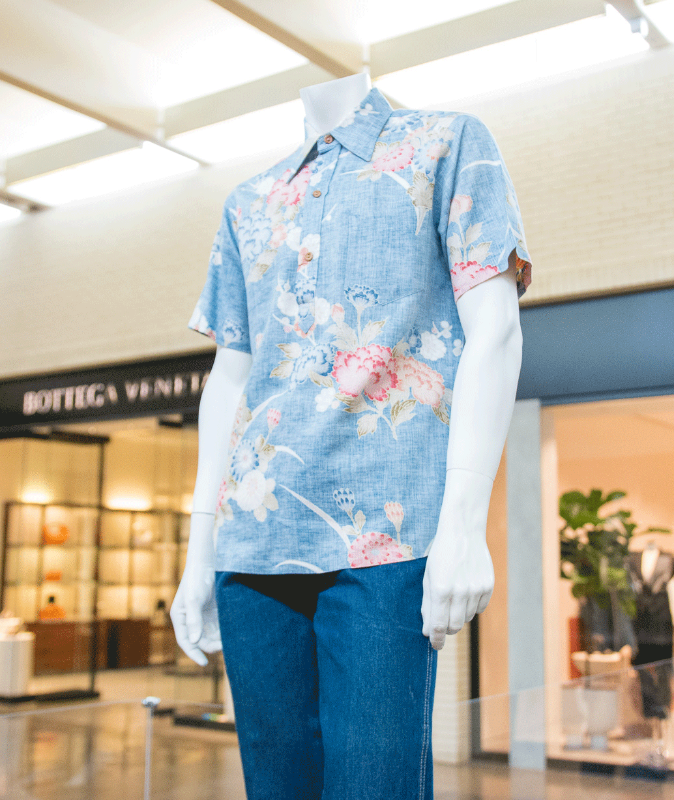 Another standout is a vibrant Versace shirt and shorts, which sport the same green jungle print as the eye-popping gown Jennifer Lopez flaunted at the Grammys in 2000 and last fall in the house’s runway show.

On loan from Versace, where it’s in the spring 2020 collection, the look underscores the exhibit’s message that florals aren’t limited to one gender.

Bloom Men is the fourth annual spring fashion exhibit that Becker has produced for NorthPark. It reflects her mission to spotlight and grow UNT’s archive of men’s wear.

“Texas Fashion Collection has never had a men’s show before,” she explains. “It’s an opportunity to highlight some of the works that people never get to see.” 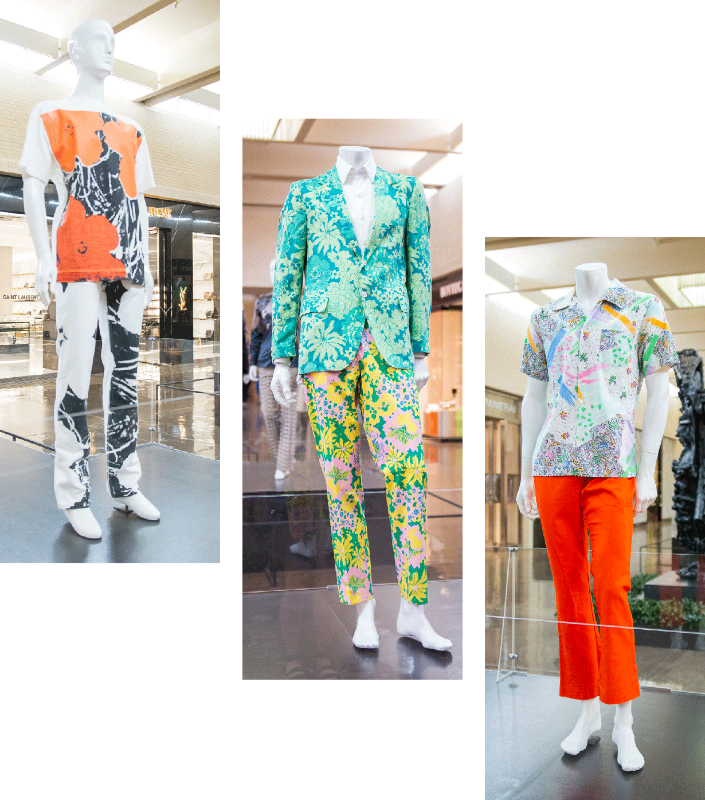 The majority of it came from a handful of men, including the late Lawrence and Stanley Marcus and the estate of twin brother artists Scott and Stuart Gentling of Fort Worth.

“Maybe some people will look at their wardrobes and think that they have a piece that is important and needs to be saved,” Becker says. “Or maybe they’ll think of some other ways that they can wear it.”