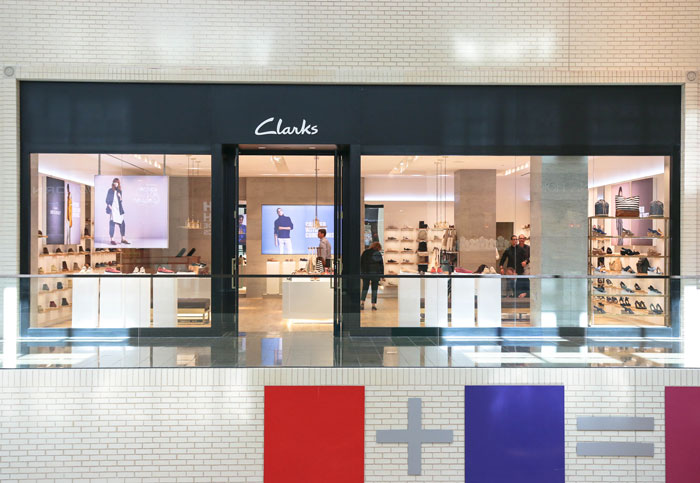 Now located on Level Two between Neiman Marcus and Nordstrom, this boutique is the first of its kind in the U.S.

It’s a bright, streamlined environment that the company calls “Pure” and was first introduced in Great Britain, where Clarks is based. 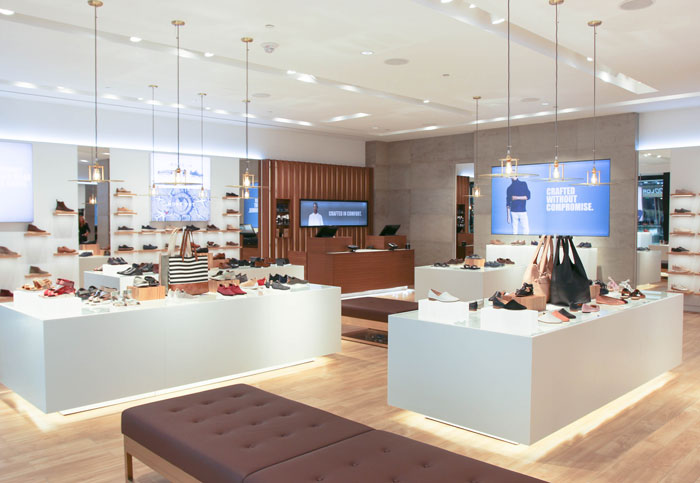 The modern space looks like an art gallery. The walls are white and cement grey, and the whole place glows with brushed gold disc pendant lights, opal resin podiums and illuminated light boxes.

“We are proud to now offer this elevated experience to our U.S. customers with the Pure store design,” said Tara McRae, senior vice president of marketing and e-commerce at Clarks Americas, Inc. “Dallas is an incredibly strong retail market and we know the extension of Pure to NorthPark Center will be well received by existing customers while helping us attract new customers.” 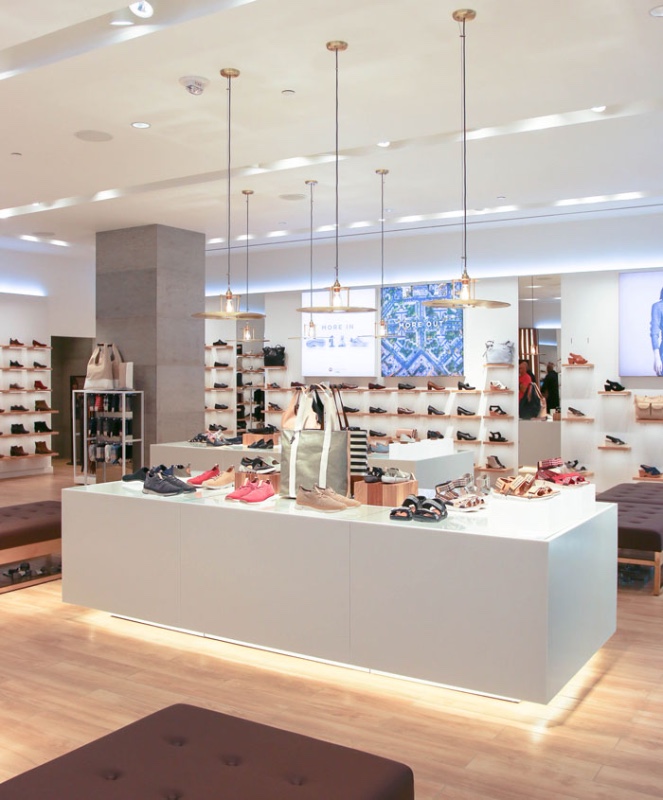 The English shoemaker is well known for its quality, comfort and the iconic Desert Boot – ankle high boots with a crepe rubber sole. Introduced in 1950 for British troops in Africa, the time-honored shoe can be worn casually or with a suit.

The original Desert Boot was made of suede, but now it also comes in leather and in women’s versions. The men’s palette spans from brown and taupe to baby blue, olive, indigo and mahogany, and some of the styles are made in Italy.

The classic Desert Boot has been widely copied. Get the original here.

Clarks was founded by two brothers in 1825 in Street, Somerset, England. Remarkably, the Clark family still owns a majority of the company, and its headquarters remain in the village of Street, less than 10 miles from the famously hip Glastonbury Festival.