Put some flounce in your step with ruffles. 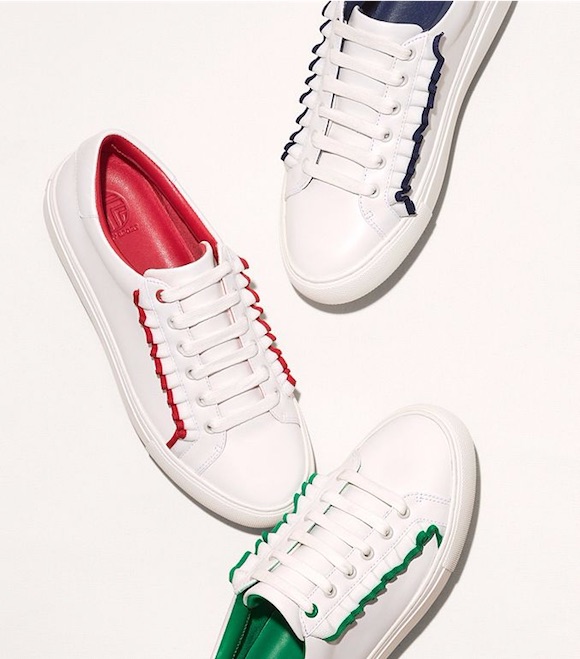 The feminine detail takes every form this season, from tiny folds decorating a Tory Sport tennis shoe to dresses edged with cascades of crisp ruffles by the likes of Gucci. 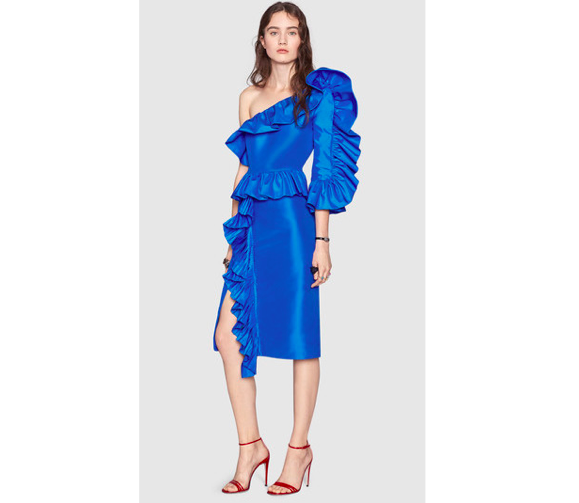 And why not? Ruffles add a bit of pizzazz to any silhouette. They can spruce up a sleeve, a shirt placket, a hem.

Ruffles have legs. Popular for a couple years now, ruffle mania might be at its apex this season as it decorates every type of women’s clothing – tops, pants, skirts, dresses. And, they’re often super-sized or tiered for maximum impact. 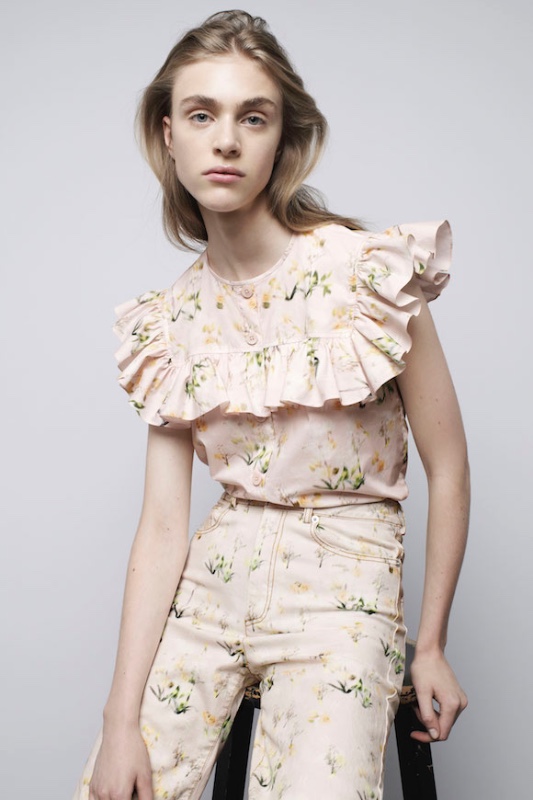 A ruffle is essentially a fabric sewn so that it folds a bit to accentuate a line or an edge. Though long considered girly, ruffles can veer avant grade when rendered in leather or frayed fabrics. 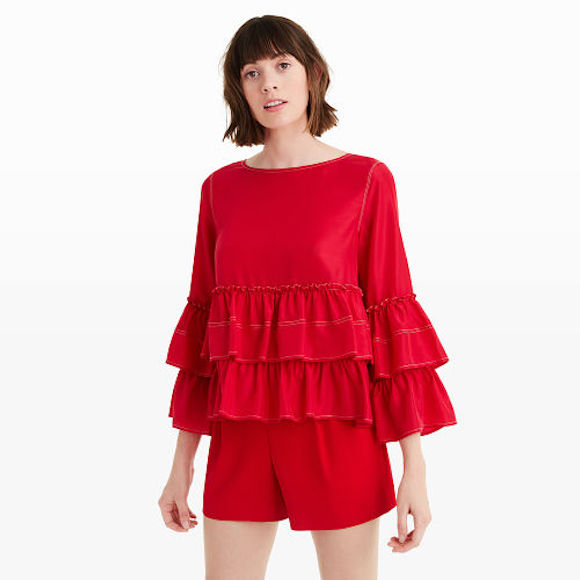 One hot contemporary look is a generous ruffle dangling from the neckline of an off-the-shoulder top or dress. You’ll also find frills angled down skirts, layered in tiers on dresses, decorating sleeves and curling the edges of halter tops. 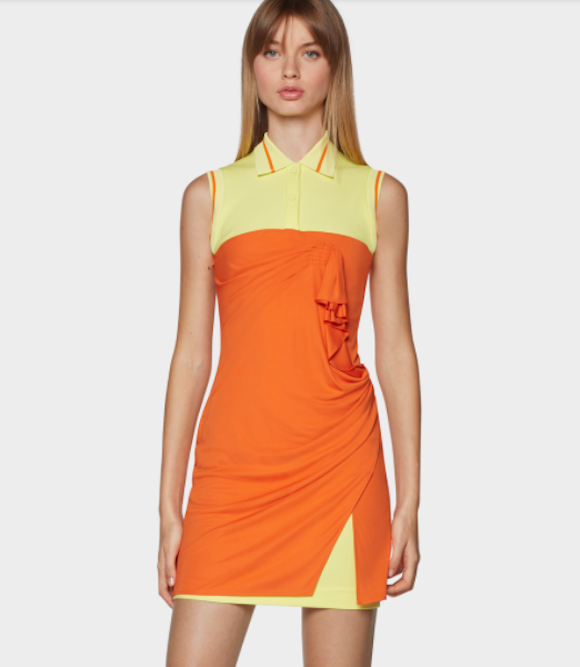 According to Wikipedia, ruffles originated with drawstring tops worn as undergarments in the 1400s. By the next century, they had exploded into the lavish ruffs worn around the necks of Elizabethans both male and female.

But they may have an odder origin. 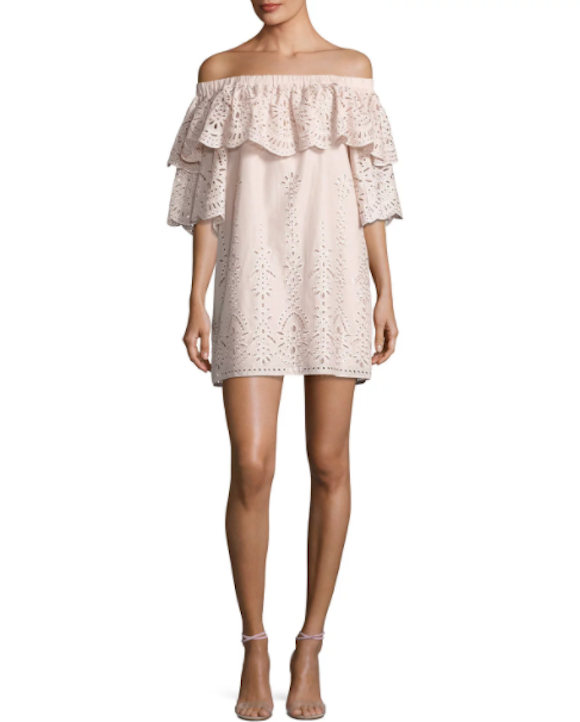 According to Survey of Historic Costume, early16th century German soldiers sliced their breeches to fashionably expose the contrasting hosiery beneath. (The tears also implied they were battle hardened.) The inner fabric puffed through the incisions, giving the appearance of folds. 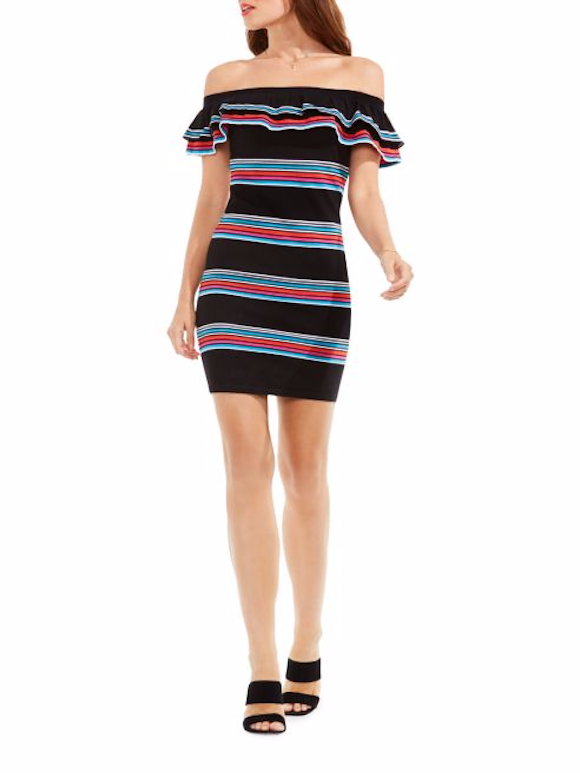 Ruffles turned up the next century on men’s cravats and women’s necklines, sleeves and peplums. Twentieth century flamenco dresses abound with ruffles, and they made waves on Fifties skirts, Seventies peasant dresses and Eighties wedding gowns.