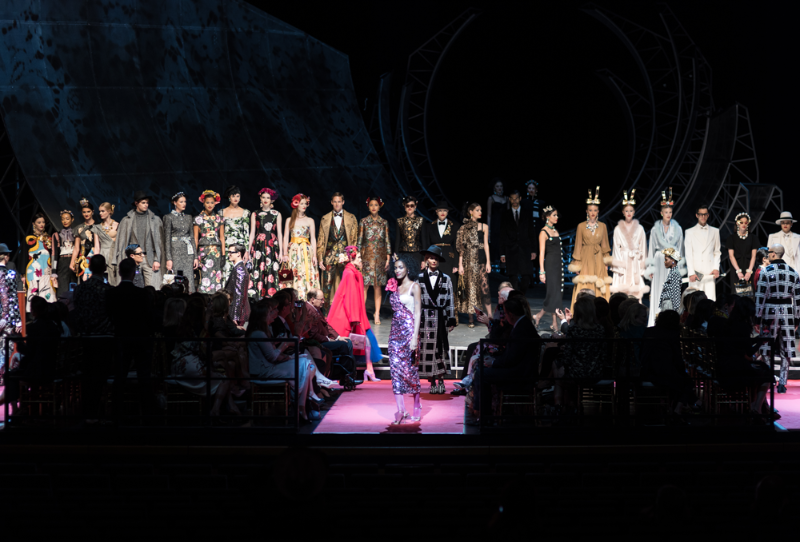 Dolce&Gabbana wowed The Dallas Opera supporters with a stunning runway show presented on the stage of the Winspear Opera House on October 17.

The audience, which was seated onstage around the three-prong runway, swooned over the rich visual treat. There was almost too much to take in as the models strolled by: precision tailoring, lavish fabrications, covetable shoes, and flamboyantly fun jewelry, headwear and accessories, including a butterfly brooch the size of a plate and metallic gold fascinators that curled skyward. 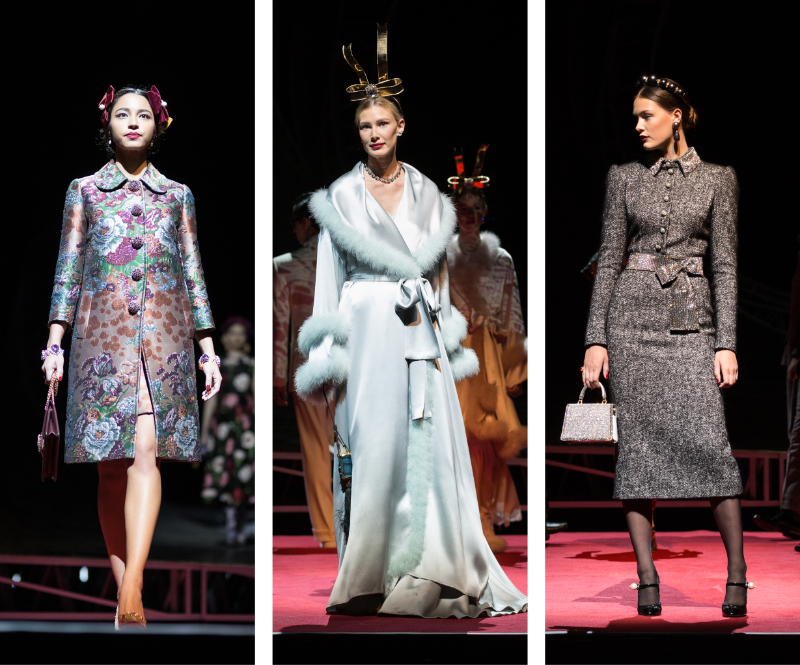 The gorgeous display of fall fabulousness mimicked its debut in Milan, right down to the grandiloquent narrator and romantic music borrowed from Fellini soundtracks.

“This collection is dedicated to Italian elegance and beauty,” the narrator declared. 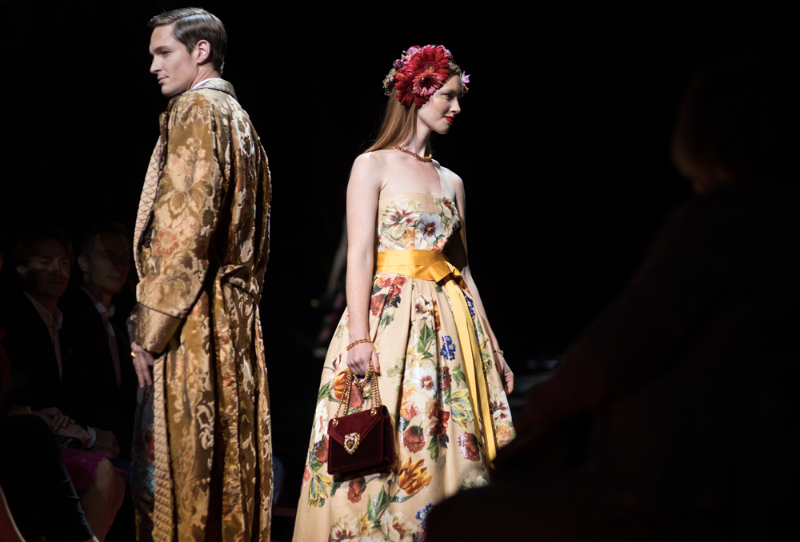 It was a fitting introduction to Dolce&Gabbana’s new NorthPark Center store, which is considered to be the brand’s most beautiful store in the nation.

To ensure the show’s absolute perfection, the Italian house dispatched 20 staffers from Milan to supervise every detail. They included the director of women’s ready to wear design, the head of Dolce&Gabbana’s couture Alta Moda collection, and an indispensable seamstress. 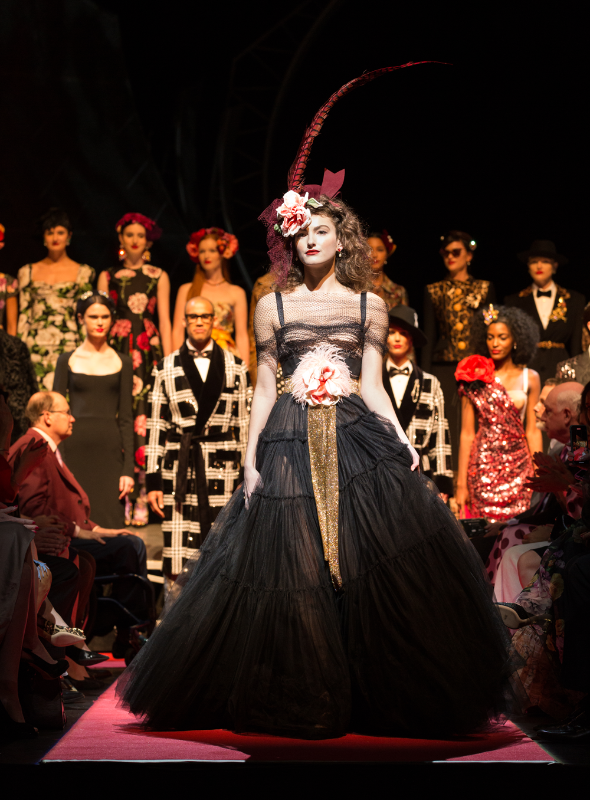 During the reception, the ready-to-wear design director who works directly with Domenico Dolce and Stefano Gabbana was quietly sketching designs in the lobby amid a series of Dolce&Gabbana tableaus.

The backdrop for all this was a series of vision boards pinned with sketches, photos, crystal embellishments, and swatches of lace, passementerie, and brocade.

Torso mannequins dressed in Dolce&Gabbana gowns, tuxedos and men’s sportswear stood throughout the lobby and on the landing of the opera house’s grand staircase. It was essentially a breathtaking fashion exhibition for opera supporters. 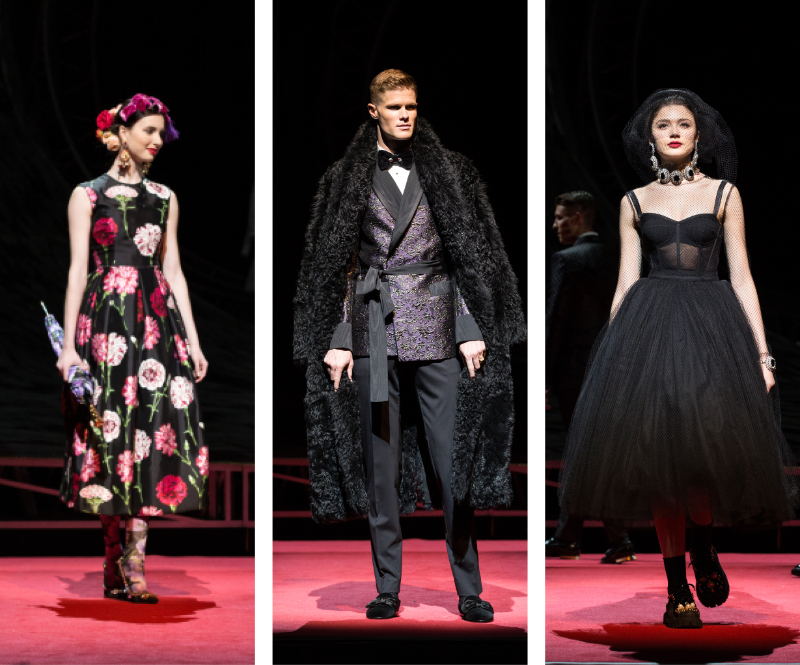 “We’re delighted and honored to present our sartorial creations in this prestigious venue,” said Dolce&Gabbana North America president and CEO Dan Rothmann, adding that the show would not have been possible without months of work by his team. 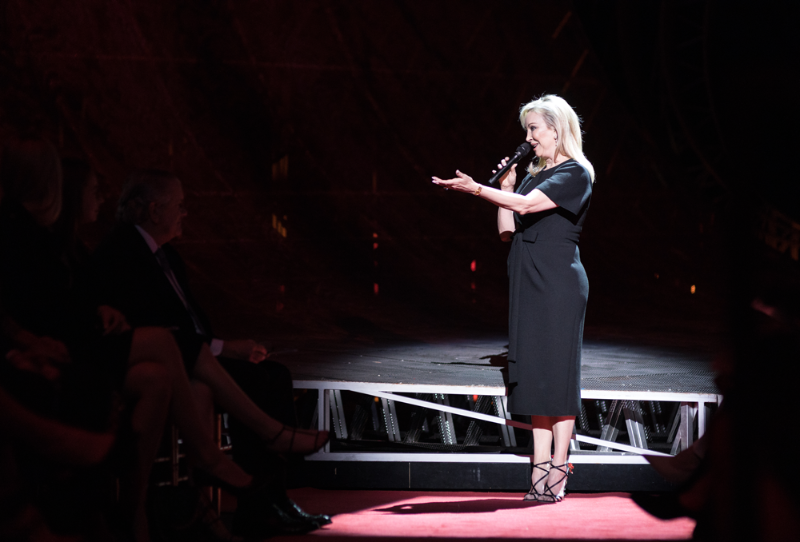 Event co-chair Kim Hext thanked NorthPark as the presenting sponsor of the luncheon, describing the center as “where international luxury retail brands and art share the same house.”

The Dolce&Gabbana store is now open on Level One between Neiman Marcus and Dillard's. View photos of the boutique on our blog here.