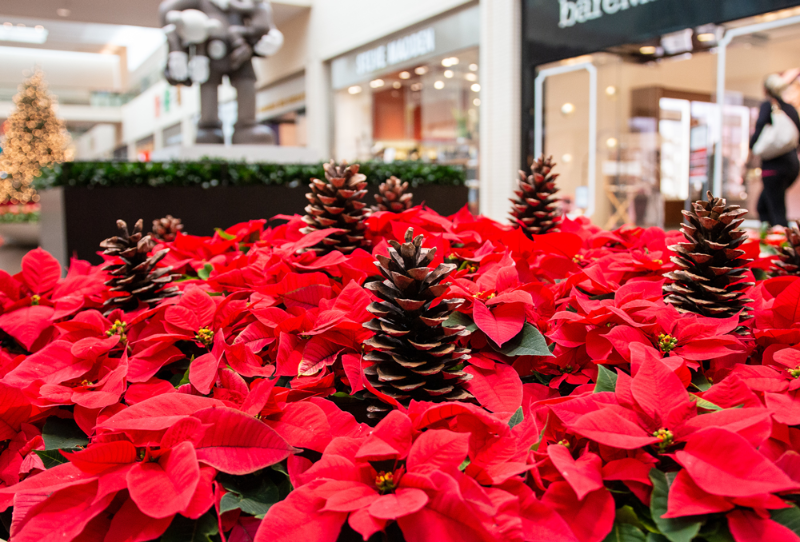 Visiting the past, present, and future—the familiar framework of A Christmas Carol—is also the inspiration for NorthPark’s creative holiday landscape and decor.

Twelve tall toy soldiers, for instance, have returned after years in the vault. Flaunting a crisp new finish in white and gold, they stand in beds of frosted pine cones flanked by red poinsettias in the corridor between Neiman Marcus and Nordstrom.

The battalion has evoked quite a few comments from people who are happy to see their old favorites back on display. 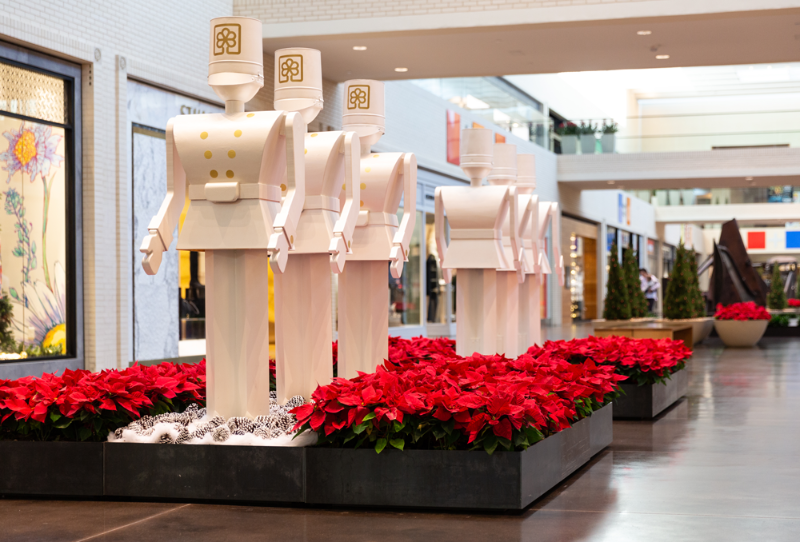 But it’s the snake plants tipped in red felt that are really stopping traffic.

There are 800 of this rarely seen sansevieria planted at NorthPark, including around the magnificent barrel cacti in front of A|X Armani Exchange.

Exactly how they are created is a trade secret, but the gist is that a machine coats the tips of young individual stalks, which are then potted. Because sansevieria grows from its base, the felt tip remains unchanged as the plant becomes taller.

The grower offers them in a rainbow of colors, so you’ll probably see more felt-tipped snake plants in the future at NorthPark.

Red Amaryllis are also new this year. Some 200 of the waxy red bulbs are blooming in front of Sam Edelman and other stores. Look carefully: their planter brethren are fuzzy old man cacti (cephalocereus senilis) and wee pine cones. 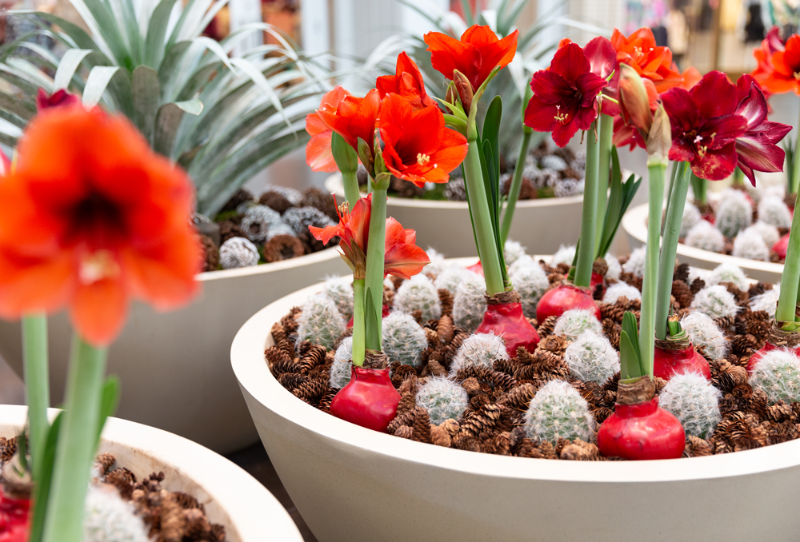 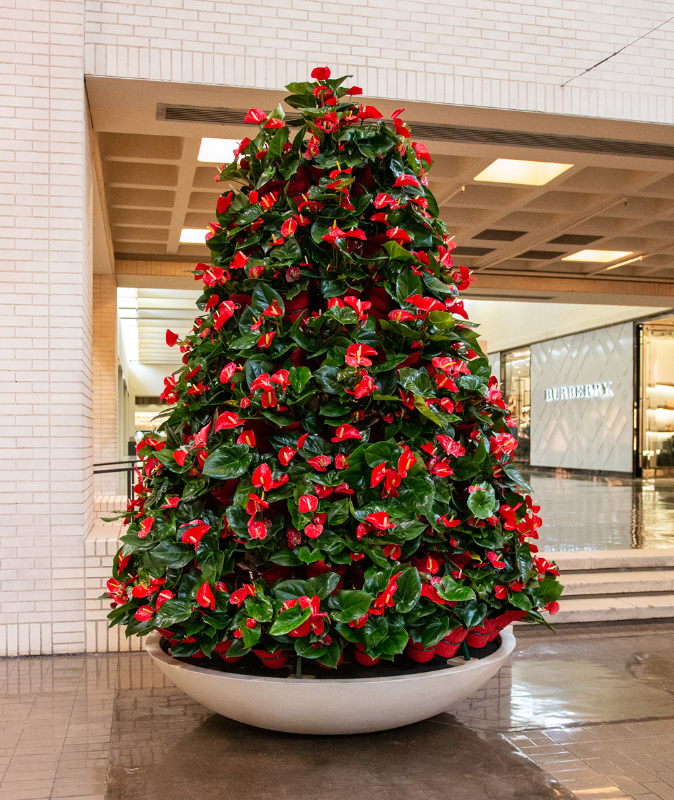 There’s plenty for traditionalists too: 2,500 poinsettias; 709 spruce trees; 180 holly bushes; and thousands of pine cones, including 12-inch sugar pine cones, the largest in the world.

“Each stretch [of corridor] has its own special aspect to it,” Roberts points out. “Each one has a different way of approach and design.”

“There are a lot of elements,” Cunningham adds, “so how we mix and match it is a challenge every year. Nancy is a big part of this.” 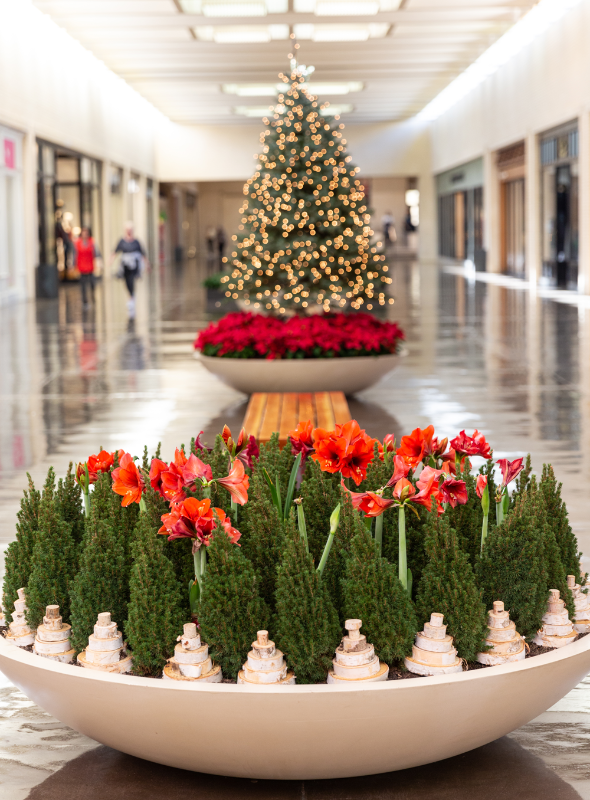 Stay tuned in mid-January for first signs of spring in a red and yellow landscape inspired by Chinese New Year celebrations.