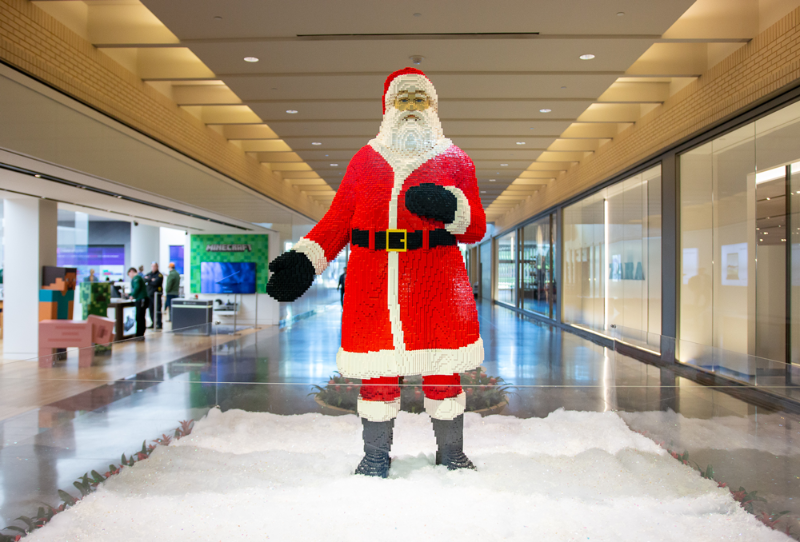 The word “LEGO” comes from the first two letters of the Danish words “Leg” and “Godt,” which together mean “play well.” The LEGO Group has become the fourth largest toy manufacturer in the world, and is engaged in the development of children’s creativity through playing and learning. There are over 400 billion LEGO bricks in the world—about 86 for every person on earth. The LEGO store at NorthPark is located on Level One between Macy’s and Nordstrom, and is a great shopping destination for kids’ holiday gifts.

LEGO Santa is located on Level One near to Ad Astra and is between the Microsoft Store and ZARA. Whether you are taking a break between stores while Christmas shopping or just in the mood for some holiday cheer, come check out LEGO Santa for yourself and stay posted on all the holiday happenings at NorthPark Center!