Lightweight and water-repellent, the trench coat is a classic that’s been beautifully updated for 2018 with fresh colors and details. 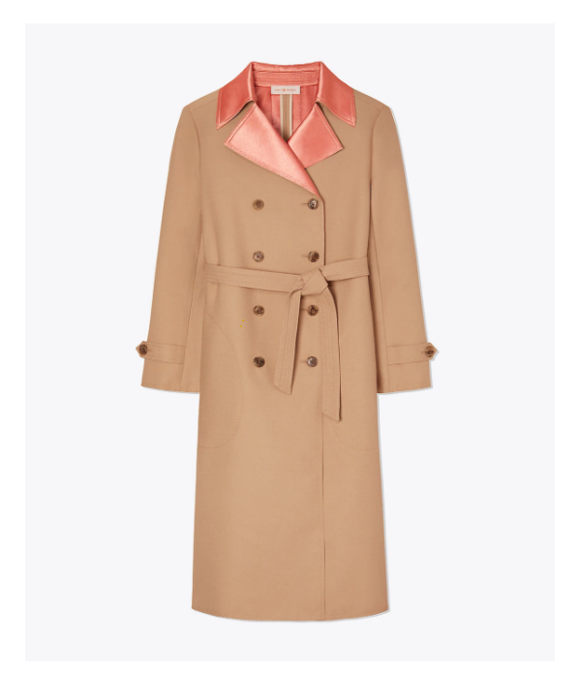 New trenches may be belted with a leather strap, which gives an edge to Tory Burch’s demure pink number, or not belted at all. 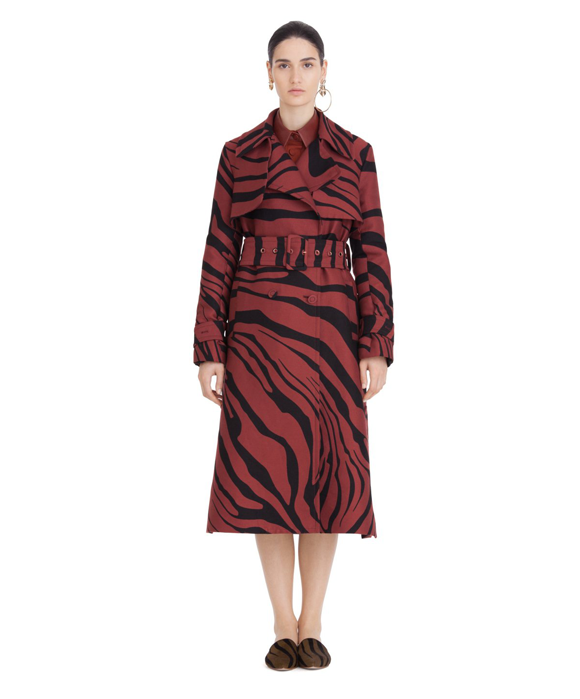 Animal prints juice them up, such as Michael Kors' chic leopard style and Roberto Cavalli’s red and black zebra motif. 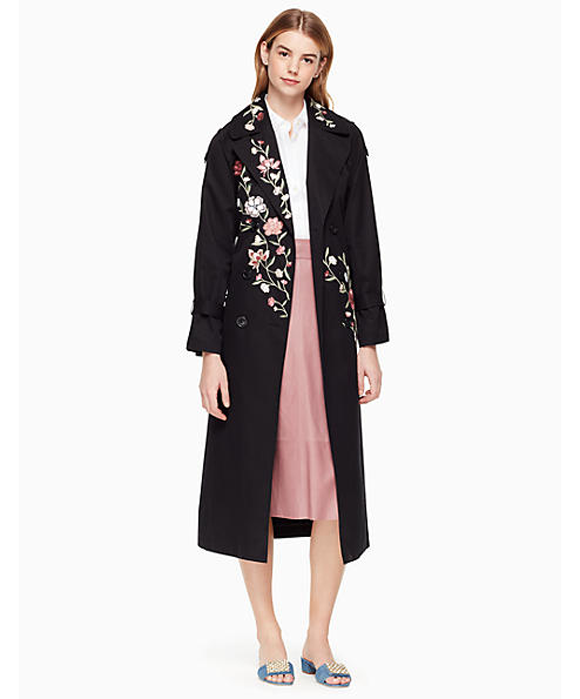 Kate Spade crafts a sleek black trench and feminizes it with floral embroidery, while Boss cheekily pairs a classic gray trench coat with cargo shorts and a yellow sweater.

Iconic British clothier Burberry, which had a lot to do with popularizing the silhouette first for men and then for women, consistently offers classic trenches lined in its signature plaid as well as edgier styles, like spring’s fabulous fake fur edition. 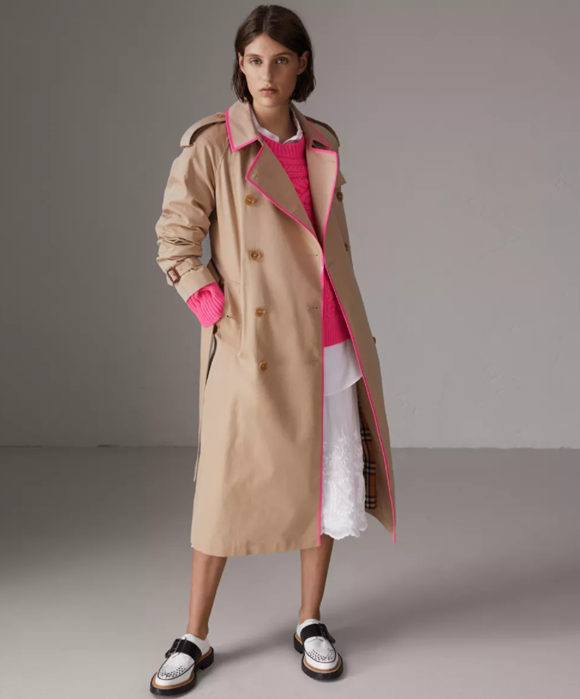 Traditionally, the double-breasted trench coat is belted in a matching fabric and festooned with epaulets – shoulder flaps that were designed to display military insignia – plus so-called gun flaps that were added not as gun rests but to shed water.

All of these details are optional in modern versions, but if a belt is used to cinch the waist, be sure it’s fashionably tied instead of fastened through the buckle.

The style was named after British officers wore them in the bleak trenches of World War I, but the concept of a water-repellent cloth coat dates farther back, to 1823, when Scottish inventor Charles Macintosh rubberized riding jackets and outerwear for the military.

It emitted an unpleasant aroma when wet, however, and, Aquascutum offered a better fabric in 1853 followed by Burberry trademarking its signature waterproof cotton gabardine in 1879.

Both Aquascutum and Burberry were upscale brands that had loyal followings, but it was Aquascutum that manufactured the trench coats that officers, who were invariably upper class at the time, wore in World War I.

A caveat: In World War II, German Nazi officers were outfitted in black leather trench coats, which are taboo because of that indelible association.