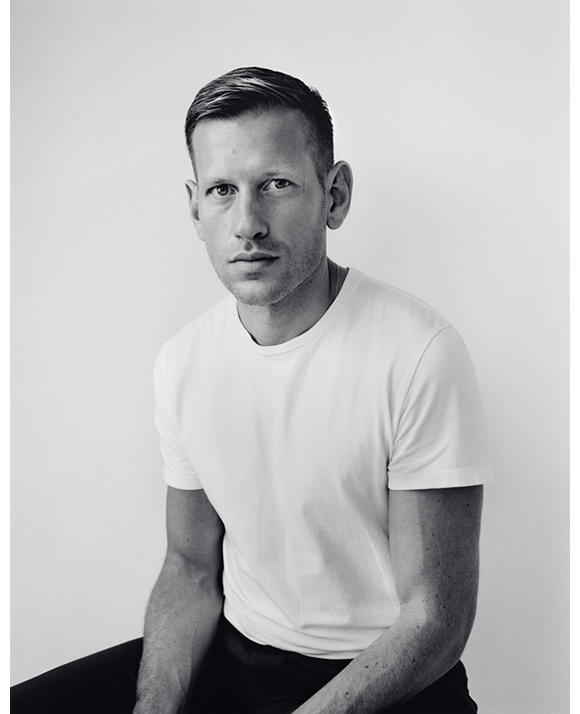 The genius of Salvatore Ferragamo is that his designs remain modern, all the way back to the thigh-high leopard print sock boot he showed in 1927. Paul Andrew, whose unusual ability to fuse artistry with fit and function won him the prestigious role as Ferragamo’s first-ever women’s shoe designer since the founder’s passing in 1960, celebrates that tradition in the fall collection—his debut for the storied brand.

“Salvatore left behind an incredible archive of almost 15,000 pairs of shoes, which serve as my springboard of inspiration,” Andrew explains. “The brand has had a history of daring revolution in shoes, setting trends with landmark creations such as the F wedge and stiletto heel.” Ferragamo applied for a patent for the avant-garde F heel, an audacious wedge with a curved indentation and truncated sole, back in 1947. In Andrew’s hands, the sculptural base rises a bit higher, supporting chic suede booties and color-blocked, ankle-strap pumps. 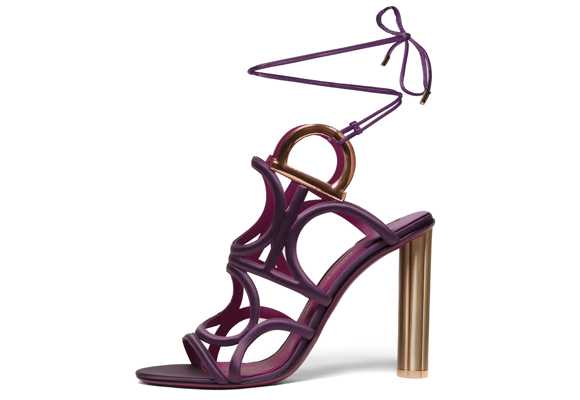 The new Flower heel, a fluted column that the designer envisions as a prominent new narrative for the brand, harks back to a golden heel from the late 1930s. Likewise, fall styles in gold and black reference Ferragamo’s century-old relationship with Hollywood, where the designer set up shop in 1915. Black and gold also happens to be a broader trend across fall designer footwear collections.

“Revisiting the archives with a focus on high tech meets high craft meets high touch is my philosophy to ensure that the Ferragamo legacy remains cutting-edge in design and comfort,” Andrew notes. Of course, he’s also inspired by the here and now. He credits American artist Richard Serra, who’s famed for monumental, abstract steel sculptures, with motivating the “architectural intrigue” and metallic finishes in the collection.

Acknowledging that moving Ferragamo forward is an “awesome responsibility,” Andrew says it has also given him the privilege of collaborating with the venerated luxury brand’s skilled Italian artisans, many of whom have worked with the family for generations. 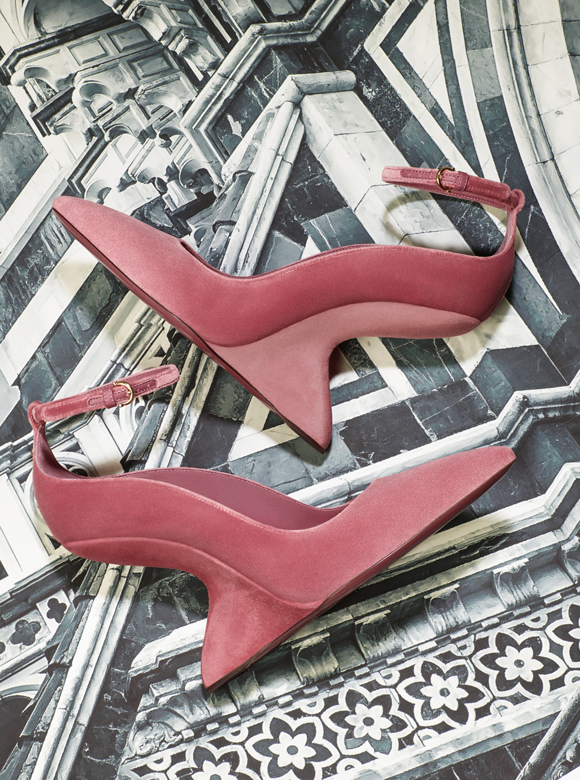 Central to his process is a sharp focus on the busy, discerning women who will don his creations to step out into the world. “The success of design is measured not only in its visual evidence, but also in its experience,” he asserts. “The aspect of designing shoes that I love so much is how a woman’s demeanor, posture and attitude can be changed by her shoes. Sliding on a sexy heel alters the way she walks, carries herself and positions her body. Shoes have an incredible power to shape a woman’s presence.” It’s a fitting observation from a designer who has pondered the relationship of form to function since childhood.

“My father was the Queen’s upholsterer at Windsor Castle, and being surrounded by luxurious textiles and artisan craftsmanship was an enormous influence,” Andrew notes.

With those genes and that nurture, no wonder his favorite subject in high school was design technology. “I loved the idea of designing something that could enhance and inform a person’s life, and being able to create it using modern technological advances,” he recalls.

“When it came time to choose a field of study for university, fashion footwear design seemed like the perfect amalgamation of all my interests.” 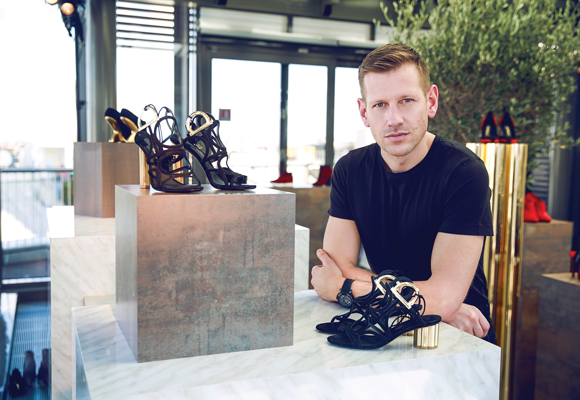 Andrew studied shoe and ready-to-wear design at Berkshire College of Art and Design, where his senior collection caught the attention of American Vogue. That led to an apprenticeship with fashion maverick Alexander McQueen, with whom he created shoes and handbags in the late 1990s.

Andrew relocated to New York at the behest of Narciso Rodriguez, who also tapped him to create shoes and bags. He later worked at Calvin Klein, followed by 10 years at Donna Karan, where he rose to Vice President, Design, Shoes and Accessories. “She taught me so much, and I owe her a great deal for my development as a designer,” he wrote on Instagram when Karan retired in 2015.

By then Andrew had launched his namesake brand and won the prestigious CFDA/Vogue Fashion Fund talent competition. Andrew, who has built his own Hollywood following, also clinched the CFDA Swarovski Accessory Designer of the Year in 2016.

At Ferragamo, Andrew says he’s designing for a confident, fashion- savvy woman who’s in touch with her femininity and demands quality.

That happens to be a pretty good description of the discerning client at NorthPark. “The Dallas woman knows what she wants and has a keen eye for style,” he observes. “I love that she’s not afraid of color or a little glamour in her everyday wardrobe.”